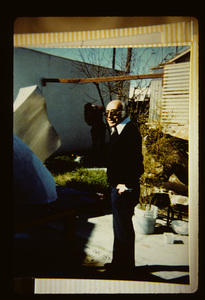 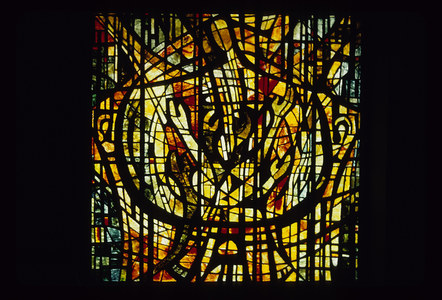 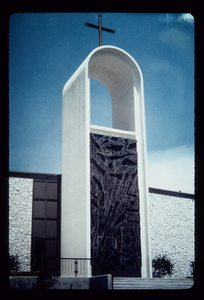 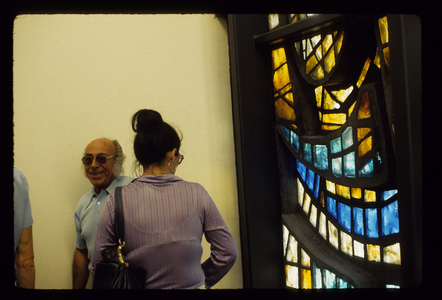 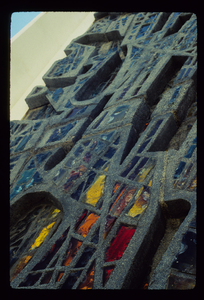 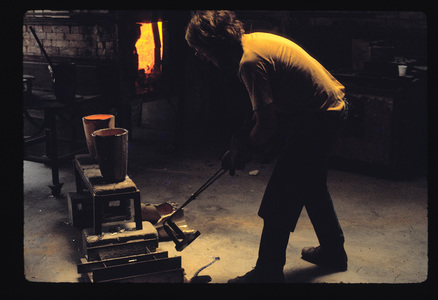 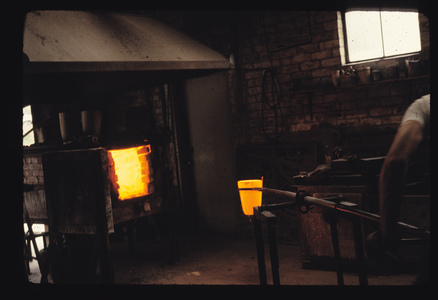 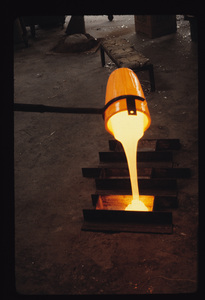 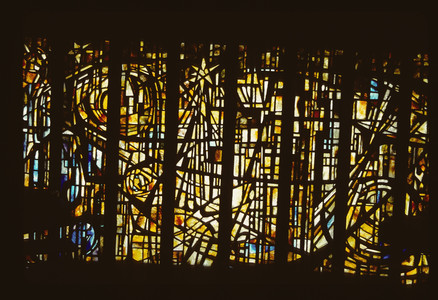 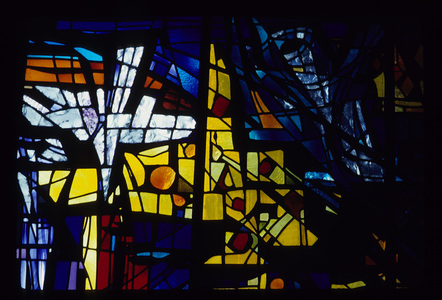 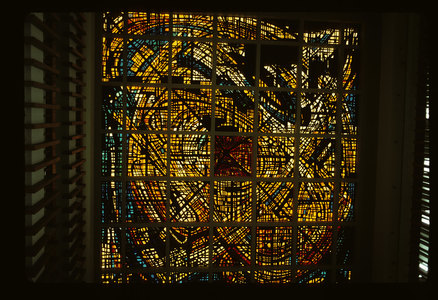 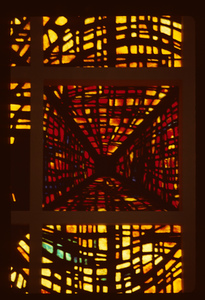 Roger Darricarrere was a French Sculptor and glass muralist who had a productive and influential career working primarily in Southern California until his death in 1983 at the age of 72. His glass work in particular was noted for its bright colored, textured, rough edge abstraction. He introduced the dalle-de-verre technique to the United States and was an innovator in studio glass making.
Roger D.
Born in Bayonne, France to a well off Basque family with turpentine interests, he showed early talent in the arts. At age 19, he was one of ten finalists in a poster competition with Picasso. He attended local art school followed by the Ecole Nationale Superiure des Decoratifs de Paris, studying drawing, painting, and sculpture, majoring in industrial and architectural design. He was included in a1936 exhibition at Salon de lâ€™Art Mural that also featured Picasso, Miro, and Juan Gris. The show expressed the Modernist desire to use the mural as a functional adjunct to the new architecture emphasizing the pained surface rather than pictorial three-dimensional illusion (l). He was voted one of twenty outstanding painters by the Visconti Gallery in 1946.

During the early war years, Darricarrere saw service in the Engineering Corps of the French Army. Discharged, from 1940-3, he did research on folk arts and crafts at the Musée des Arts et Traditions Populaires in Paris. In 1943 he joined the Free French Army of d Gaulle doing under cover work. (He would tell stories about riding on his bicycle, charming ladies, gathering information; his code name was Dominic.)

Immediately after the war he organized a craft school for veterans. This eventually led to a 10 month job as an interior designer in Cedar Rapids, Ohio. In 1951 he was hired by Goodyear Rubber Company in Los Angeles. Artists and painters were being hired to do technical drawings of furniture. Darricarrere found it boring but it gave him resources to experiment and research the use of glass and concrete, then open his own studio in downtown L.A. in 1952.
In 1955 he bought an ongoing stained glass studio, Glore Glass, that made primarily diamond lights and painted church windows, employing a dozen people. It was during this period he collaborated with two Northern California studios to produce the Holy Cross Lutheran Church (Los Gatos) windows in the dalle-de-verre technique. Both Cumming and Hogan Studios went on to make many windows in this technique.